Growing up in La Jolla California, the son of a world-renowned chemist Dr Richard Lerner the former President of the Scripps Research, my family had a direct correlation with Jonas Salk and his wife Francoise Gilot who lived with Picasso for over 13 years. Francoise lived in la Jolla for 25 years and my mom was the 1st one to catalogue her archive, as I grew up with this art my mentors were leading San Francisco antique dealers in classical furniture who introduced me to the Hearst Docents /1st tour guide of the castle in the early 1960s.

All the major “Manors” and Grand Estates of the early 20c. to the 18c. always had the “mix” of French, Italian English elaborated with fine Chinese Antiques such as early Chinese porcelain, bronze Buddhas, Chinese furniture, and ‘highlighted’ Buddhist pieces.

With ‘‘Classical Furniture” and modern art in the mid-2000s, I further started my education on Chinese antiques; I was the only dealer in Chinese antique broker on the West Coast who participated for nine years bi-annually in question and answered symposiums as well as auctions in London, Paris, New York, and Hong Kong. 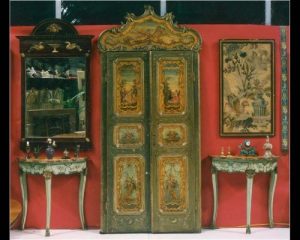 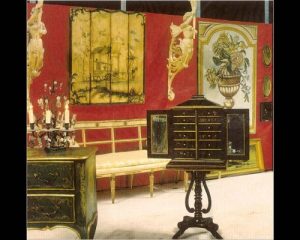 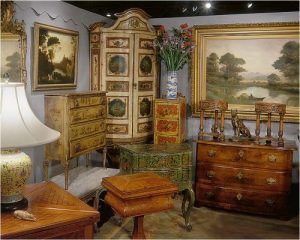 Here at Rue Michelle, we provide complete transparency between the buyer and seller and our experts physically check the quality, durability, and originality of the antiques. We believe in preserving the culture of art along with the antiques and design we offer. Asian and European buyers will appreciate what Rue Michelle and the associate provider provide, it makes a difference. We invite you to step into our world and share our passion and commitment by embracing the timeless beauty of fine antiques as your own.

Welcome to Rue Michelle where you will find from 17th century,18th century, 19th century, French, Italian, and English antiques, as well as decorative arts.

Welcome to Rue Michelle where you will find from 17th century,18th century, 19th century, French, Italian, and English antiques, as well as decorative arts.

We only buy or sell authentic antiques online, each antique is checked and tested by our experts. We ensure all vintage products are best in condition before buy and we also provide a certificate of authenticity to every product we sell.

Easy to buy or Sell

To avoid any additional costs we offer you to buy antiques directly from our website, or if you want to sell. We will buy it directly from you. There will be no middleman in any process we offer.

We provide transparency in every product and information. We don’t hide anything related to antiques, also, you get full leverage to gather information (related to the past history of the antique) from us before you buy.

We have a few trusted source partners in San Diago, California, and other parts of the US, also we serve customers from all over the world. Distances never worry us, because we have a passion to collect and sell antiques, that’s why we are here to serve you.